Randa Abdel-Fattah has been shortlisted for the Victorian Premier's Literary Awards 2022 in the non-fiction category for her book Coming of Age in the War on Terror.

The Victorian Premier’s Literary Awards were inaugurated by the Victorian Government in 1985 to honour literary achievement by Australian writers. The awards are administered by the Wheeler Centre on behalf of the Premier of Victoria.

In Coming of Age in the War on Terror, award-winning writer Randa Abdel-Fattah interrogates the impact of 9/11 on young people's political consciousness and their trust towards adults and the societies they live in. Drawing on local interviews but global in scope, this book is the first to examine the lives of a generation for whom the rise of the far-right and the growing polarisation of politics seem normal.

Judges' report: 'This excellent work examines the way the "War on Terror" has reinforced and helped institute a cultural and technological assemblage of Islamophobic marginalisation in Australia. What is unique about this book is that it captures the way this racialising and ostracising apparatus, geared at the creation of a whole category of lesser citizens, is experienced and expressed by the children who have grown up subjected to it inside and outside the school system. The author’s background in law and as a writer of fiction have ensured that the book’s formal academic research findings are presented in a particularly sharp and engaging manner.'

Randa Abdel-Fattah is a Palestinian Egyptian Muslim writer, academic, anti-racism and Palestine advocate, former lawyer and the multi-award-winning author of 13 books published in over 20 countries. Randa is also a postdoctoral research fellow in the Department of Sociology at Macquarie University where she researches Islamophobia, race, social justice movements and youth identities. Randa lives in Sydney with her husband and four children.

The winners will be announced at an awards ceremony on Thursday 3 February 2022.

Related books
Coming of Age in the War on Terror 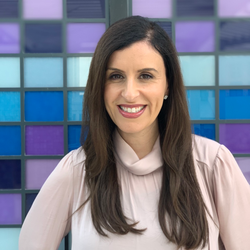