Michael Bennett has been shortlisted for the Prime Minister's Literary Awards 2021 Australian History prize for his book Pathfinders: A History of Aboriginal Trackers in NSW.

Through his work on native title claims, historian Michael Bennett realised that the role of trackers — and how they moved between two worlds — has been largely unacknowledged. His important book reveals that their work grew out of traditional society and was sustained by the vast family networks that endure to this day. Pathfinders brings the skilled and diverse work of trackers not only to the forefront of law enforcement history but to the general shared histories of black and white Australia.

The 2021 Prime Minister's Literary Awards shortlists capture the full diversity and range of Australia’s vibrant literary sector. The Awards recognise and celebrate the exceptional literary talents of established and emerging Australian writers, and highlight the important role the arts have in connecting us to Australian society and culture.

The judges' comments: 'Michael Bennett's Pathfinders profiles Aboriginal trackers and explains the contribution they made to law enforcement in New South Wales. This is an important but neglected aspect of our history. This book draws on extensive archival research, oral history interviews, secondary sources and field work. But it is the author's flair for storytelling that brings this history vividly to life. This book explains how Indigenous customs and traditions, learned over 60,000 years, were intrinsic to their work whether it was catching bushrangers, finding lost children or missing farm animals.

This book makes a substantial contribution to better understanding our past.

These trackers were highly skilled and a rare example of Indigenous skills transferable to the colonial economy. Tracking was more than just following a trail of footprints; it was understanding human behaviour, how to navigate rivers and landscapes, knowledge of plants and animals, and being able to negotiate with communities. These skills were passed on from generation to generation and remain valuable today, including in native title recognition. This book also grapples with terrible interactions that many Indigenous Australians had with law enforcement. Some Indigenous Australians were hostile to those men and women who cooperated with police. These trackers were invariably treated as heroes and saviours, and dreaded by criminals. This book is well researched and written, and makes a substantial contribution to better understanding our past.'

Michael Bennett has worked as an historian in native title since 2002, preparing evidence and writing reports for claims throughout NSW. It was through conducting research for native title claims that he first realised the extent to which the NSW Police relied on trackers for their expert skill. He grew up in Dubbo where he first learned of the exploits of Tracker Alex Riley.

Winners of the 2021 Prime Minister’s Literary Awards will be announced in December. 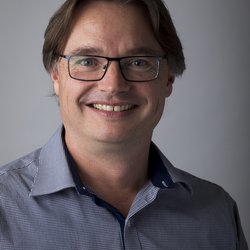