‘In May 1824, what can only be described as a period of all-out, total gudyarra (‘war’ in the Wiradyuri language) had begun west of the Blue Mountains.’

In Gudyarra, Stephen Gapps – award-winning author of The Sydney Wars – unearths what led to this furious and bloody war, beginning with the occupation of Wiradyuri lands by Europeans following Governor Macquarie’s push to expand the colony west over the Blue Mountains. Gudyarra traces the co-ordinated resistance warfare by the Wiradyuri under the leadership of Windradyne and others such as Blucher and Jingler, providing an important new historical account of the fierce Wiradyuri resistance.

Stephen Gapps is a public historian working to bring Frontier War histories into broader recognition as Australia’s First Wars. In 2011, he was awarded the NSW Premier’s History Award for regional and community history. Stephen’s The Sydney Wars: Conflict in the early colony 1788–1817 (2018) was the inaugural winner of the Les Carlyon Award for the writing of military history (2020).

A 6 for 6:30 start at Gleebooks in Glebe, registrations essential. 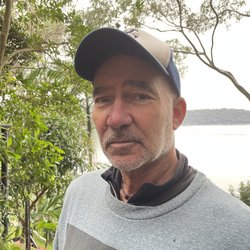