NewSouth authors Fred Watson and Nola Anderson will be appearing at the Headland Writers Festival on Sunday 30 October.

Nola Anderson will be in conversation with Michael Fitzgerald, discussing the creativity and artistic spirit of remarkable artist Klaus Moje. Nola has published widely in the arts sector, including essays for international journals and two major books Glass: the Life and Art of Klaus Moje (NewSouth, 2021) and The Australian War Memorial: Treasures from a Century of Collecting (Murdoch Books, 2012). In addition to freelance writing she has headed major public museum collections and community arts programs.

Join Fred Watson as he chats with Jane McCredie about his extraordinary career. Fred says he has spent so many years working in large telescope domes that he has started to look like one. He is the Australian Government’s first Astronomer-at-Large, having worked at both of Britain’s Royal Observatories before joining the Australian Astronomical Observatory as Astronomer-in-Charge in 1995. Recognised internationally for helping to pioneer the use of fibre optics in astronomy during the 1980s, Fred is best known today for his radio and TV broadcasts, books, music, dark-sky advocacy and co-hosting the Space Nuts podcast. 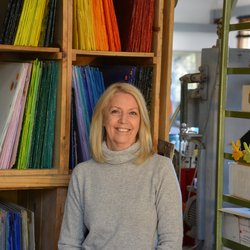